Cannabis and coconut oil: Uses, benefits, and a recipe to make your own 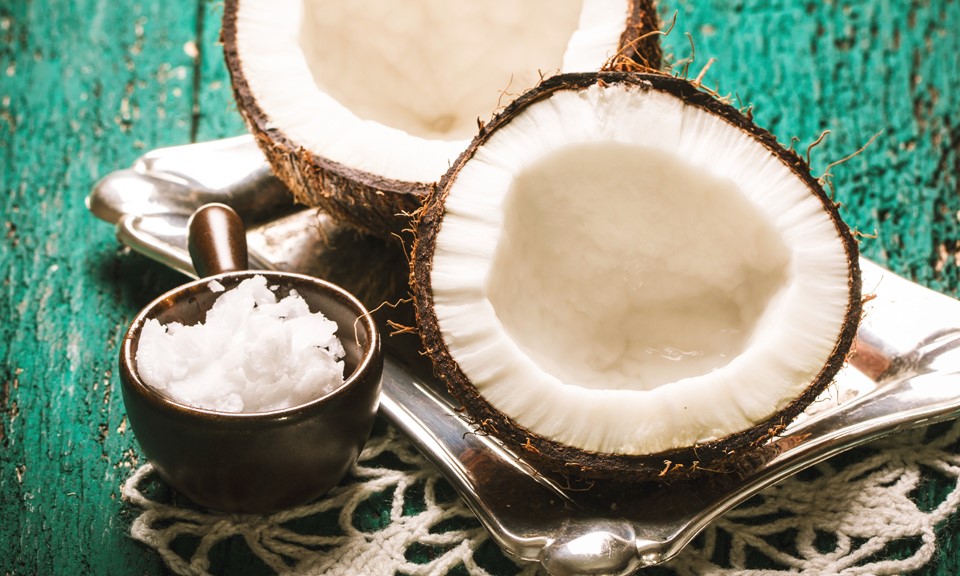 Coconut oil has managed to infuse its way into some of the cannabis industry’s most sought-after products, including edibles and topicals, but why?

Why is coconut oil popular for cannabis infusion?

Coconut oil has a high concentration of fatty acids (saturated fats). The surplus of these fatty acids in coconut oil create a strong binding agent for cannabinoids.

Compared to olive oil, which contains a saturated fat content of less than 20%, coconut oil contains over 80% saturated fats and thus has the ability to retain far more cannabinoids during infusions, making it far more efficient. Coconut oil is a near-perfect medium for cannabis-infused oils.

Coconut oil also contains other sets of beneficial acids that have been known to have a list of potential health benefits. Lauric acid is a great example—when digested, lauric acid creates a monoglyceride that acts as an antimicrobial.

These fatty acids are found in abundance in coconut oil, making it a top contender for those looking for a healthier oil base than butter or canola oil.

Be the first to review “Cannabis Coconut Oil” Cancel reply